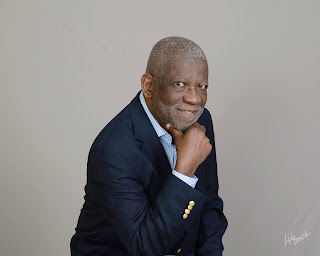 Born on June 3, 1943 as the eldest of eleven children Erwin K Thomas was raised in Georgetown, Guyana.  He always had an interest in education, international affairs, and broadcasting. His life therefore saw him become a high school teacher at St. Cyril’s Anglican School after graduating from the Guyana Teachers Training College (GTTC), Georgetown in 1964. Motivated to fulfill his dreams he was awarded a foreign student scholarship at the Department of Speech of the University of Oregon, Eugene, where he earned in 1970 a bachelor’s degree in Broadcasting. While at Oregon he worked on U of O’s radio station KWAX-FM, and with its experimental TV station PL3.

Erwin fell in love and married his wife Mary Louise Barta of Scappoose, OR. On June 13, 1970 theirs was an interracial marriage. And despite some dire predictions that such a union might not necessarily prevail it has stood the test of time. His wife Mary has been a force in their physical, mental and psychological development. Together they have overcome many obstacles that would have derailed their relationship, and are parents of a loving son Matthew.

In 1970 Erwin was awarded an internship to Brooklyn College of the City University of New York (CUNY), and worked at BCTV while pursuing his master’s degree.  During this time TV shows on which he worked in different crew positions were aired on WNYC-TV.  He was also as a desk assistant at CBS radio network in New York City. After graduation in 1972, Erwin and Mary moved to Oswego, NY, where he was employed in the Department of Mass Communications of the State University of New York at Oswego (SUNY-Oswego)).  While there he taught courses in broadcasting and produced shows at Oswego State’s TV station.  These TV shows with famous national personalities were aired in local markets in up-state New York.

From 1974 to 1978 Erwin and Mary lived in Columbia, MO, where he pursued his doctoral studies at the University of Missouri. He was awarded a Ford Foundation Fellowship (1975-1978), and a Gannett Foundation Scholarship (1975-1976).  Erwin spent four years in the School of Journalism specializing in International Communications and Broadcasting.  During this time he assisted students in the film lab, was a news cameraman at KOMU-TV, and news writer at KBIA-FM, and the Columbia Missourian in Columbia, MO.  And because he had a special interest in the Caribbean region, Erwin travelled to Barbados, Jamaica, Guyana, and Trinidad & Tobago to conduct research for his dissertation on The Beginnings of Broadcasting in the West Indies, 1920-1949. While in the Caribbean he interviewed professors at the University of the West Indies (UWI) School of Mass Communications Program, radio & TV station managers, newspaper editors, informational officers, local officials, and politicians including heads of states.

In 1978 on completion of his doctorate Erwin was employed as an Assistant Professor at the University of Wisconsin, Milwaukee, where he spent one year teaching mass communications courses. But because of an illness of depression he resigned this position, and when he was well again he accepted an appointment at Norfolk State University, VA. In 1980 at this HBCU he joined the Department of Mass Communications & Journalism, where he taught a wide range of mass communications courses, was Acting Chair, and Director of WNSB-FM. In 1981 and 1988 he was a visiting professor at the University of Guyana, Georgetown, in the Mass Communications Program. While at Norfolk State Erwin was promoted from an Assistant to Associate, and later became a full Professor. He is a member of the Association for Education in Journalism and Mass Communication (AEJMC) Religious Interest Group and Minorities Division, PEN America, Virginia Writers Club (VWC), and Hampton Roads Writers (HRW).

Erwin has published three books in mass communications.         Two he edited with Brown H Carpenter of the Virginian-Pilot of scholars in journalism and mass communications as contributing authors. In retirement he continues as an Interfaith Writer & Educator publishing a number of devotional works, an autobiography, and a novel. His love of life is expressed in his writings, and faith as a religious naturalist in the Religious Naturalist Association (RNA). For many years he has been living with a pacemaker, suffering with diabetes, and chronic renal failure, but eats healthy and exercises regularly.

Erwin is a loving and devoted father to his son Matthew, a friend to many others, and an inspiration to those who have known him. He has been a member of the Church of Holy Apostles, Virginia Beach, VA, where he was on the Vestry Council, Eucharistic minister, lay reader, and Facebook producer. His blogs about world religions and beliefs are on Facebook and Twitter. He wishes to be remembered as one who lived according to religious principles with fair play, social responsibility, and always endeavoring to do what’s true, just, and right.  That’s why as he lives he is exploring a wide range of religious faiths looking for answers to life’s most compelling questions. But he is rather disappointed when he discovered to what extent the major religions of the world were greatly influenced by politics.  But he has come to embrace compassion and mindfulness as endearing qualities of his life. 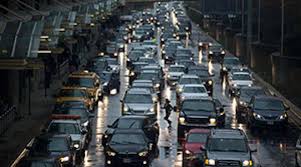 And taking trips to different places

But they have to do so safely

That’s why it’s wise to wear a seatbelt.

It’s no use risking your life

When you drive in places that aren’t safe

That’s why it’s best to know about your destination

Often this could be a problem in some cities.

Drivers could be caught up in rush hour traffic.

It could be dreadlock trying to navigate this mess.

Is your car in good working condition?

Are you familiar with the area where you’re driving?

These questions are important for a driver’s safety.

A number of other questions come to mind.

What can you do if you have a flat?

Do you have roadside service?

Is the area safe to be in if you’re stranded?

That’s why before going places do your homework.

Make sure you have a smart phone for emergencies.

Safety matters most when you’re driving.

So it’s good to obey the speed limit.

Drive with lights when it’s overcast

And always be sure you have enough gas

These are the responsibilities of a good driver.

“Divine Teacher, help us to make safe trips safely in our cities.  Be with us and let us realize that we ought to take all necessary precautions in the traffic.” 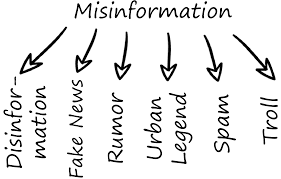 There’s no place for such news in America.

America has a history of news presentation being objective.

But now the society is polarized by agents that focus on divisiveness.

Are known to present their audiences with news of disinformation

Some may argue that it’s the ratings that matter most to these peddlers of untruths.

But it’s the quest of gaining a foothold in the marketplace that’s their life’s blood.

In the American society elite and liberal organs are known for their readership.

These include The New York Times and the Washington Post.

But the Wall Street Journal is in the top tier and is conservative.

Yet these newspapers have standards that measure up to the ethics of good journalism.

These are credible sources of news that have endured as journalism best for years.

Still disinformation has been rampant with the Trump administration.

It has undermined the news, put science in a defensive posture, and impact climate change.

Polls show some 75 percent of Republican voters believe the 2020 election results to be false.

Pro-Trump media continue to peddle this truth although the elections were most credible.

This division has far reaching implications for they will undermine America’s democracy.

“Almighty God, help the people of this nation to separate truth from untruths.  Let them hold close to the tenets that the truth will set them free.”