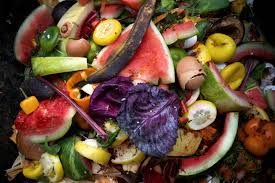 By 2030 some of the largest food suppliers

Have pledged to cut their food waste in half

And Spam have joined the 10x20x30 initiative

An effort to slash the amount of food discarded yearly

The process will involve companies to make annual reports

They will center on the sharing of information about food waste

As a Dannon executive stated that this would explore all options

Food waste has always been a sore point in the industry

And Walmart, Kroger, and Giant Foods have embraced similar pledges

They have enlisted their suppliers to commit to their plans

These food companies hope to accomplish such objectives set

By the United Nations General Assembly by 2015, to halve food waste

According to the United Nations Food and Agriculture Organization

So the food manufacturing industry is a player in climate change

It has been reported about 80 percent of waste food comes

These sources can do more by limiting such productions

“Divine Provider, help food producers to curb their waste.  And let consumers realize that they have a responsibility in making more sensible decisions by the way they use their food.”