Prayer for the Nation 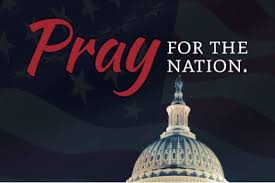 Prayer for the Nation

O God! Help America during these challenging times.  We have been hit by the coronavirus that’s reaping havoc in our midst.  To whom can we turn, but to you to find solace from isolation and pain.  Tens of thousands around the world have died terrible deaths from this disease.  There have been countless hospitalizations, and many patients are on ventilators.  When will there be relief?  When will this pandemic pass? Give strength to those working on the front lines.  Help the scientists to develop a vaccine to help free us from this deadly affliction.

America and nations around the world are in crisis, and your people are crying out for justice.  God put it in our hearts whether we are able-bodied, handicapped, gay, or straight to embrace the fruits of compassion.  Let us see all as equal in your sight, and that we should love our neighbors as ourselves.  Be with our legislators and the justice system to uphold the tenets of the law in the land, for all men and women of every race, creed, and national origin. 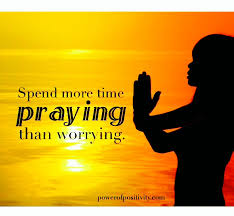 Oh what a night!

Stressing that things will be right

Turn to prayer for solace

Little did I know?

My fears gradually melted away

As I invoked the name of the Creator

The Almighty is magnificent!

I embraced this Ultimate Reality

Crying for help about the pain I felt

When all of a sudden

There seems as though a light shone

Deep within my heart

That touched my soul

And I was healed

No more will I stress about my illness

But I know that I’ll be living with affliction

It’s the price to pay for being older

But I’m sure I’ve revived

“Everlasting Spirit of new realities thanks for soothing me.  I felt your warmth and grace that overtook me.  And you made me whole again in mind, body, and Spirit.”

Life's Passages: From Guyana to America 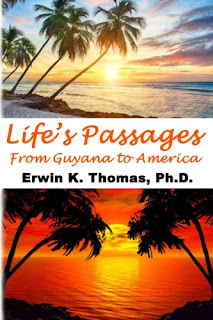 Life’s Passages: From Guyana to America

How has the Christian faith shaped my life?  Why did I pursue an education in America?   Why did I marry an American woman?  How did I get a break at CBS Network Radio News?  Why did I become an American citizen?  How did I eventually become a professor, chair, and graduate director at an American university?  Why did I become an author?  Why am I writing religious books in retirement?  These are some of the questions answered in Life’s Passages: From Guyana to America.  This book is a spiritual autobiography that traces my life up to the present time.  Its theme captures the role of a loving and caring God in people’s lives.  Readers will journey in the local environment of a small South American country of Guyana, and explore the realities of living as a student and professor in America.

It’s a great tribute to remember a few words of the lyrics from Neil Diamond’s popular song “America”.

But not without a star

Only want to be free

Hang on to a dream

On the boats and on the planes 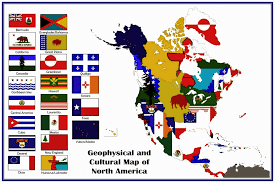 Some nations are gifted with a variety of cultures.  In this mix there are identifiable characteristics in languages, ethnicity, social classes, status, and rank.  But a commonality with these cultures is that they worship the same God.  These diverse groups share common characteristics.  John Thune (b. 1961), a U.S. Republican senator from South Dakota wrote, “I believe our flag is more than just cloth and ink.  It is a universally recognized symbol that stands for liberty, and freedom.  It is the history of our nation, and it’s marked by the blood of those who died defending it.”  Although America is a predominantly Christian nation with diverse groups, some of distinctly ethnic groups rally under its flag.

American culture exported around the world reaches a community of nations.  One way is by the mass media that not only presents news and information 24/7, but sports, and Christian programing.  This fare via print and electronic media is carried by satellites, radio, TV, and the Internet.  Through the media America is able to share and exchange values about Christianity worldwide.  Because of these phenomena tourism is flourishing and citizens interact globally.  They experience the beauty of religious and historic sites, worshiping, and enjoying beaches.   Leslie Jamison (b. 1983), a novelist said, “Armchair poverty tourism has been around as long as authors have written about class.  As an author, I have struggled myself with the nuances of writing about poverty without reducing any community to a catalog of its difficulties.”  This was true.  Some see poverty stricken communities and rattle off statistics as though they know what poverty is all about.

Saint Augustine (354 AD–430 AD), an early Christian theologian and philosopher wrote, “The world is a book, and those who do not travel read only a page.”  It’s also true that if people who live in one place have lived in all places.  Believers that do so are religious monks, nuns, and hermits that experience austere lives locked away in monasteries worshiping, and serving God.  These individuals it is said experience life to the fullest.

In many nations travel is encouraged and citizens take advantage of it.  There are however constraints on more than 7.5 billion people living worldwide in villages, and shanty towns.  These poor people are more concerned about having the basics, like a place to live, food to eat, and clean water to drink.  With adequate transportation poor people are able to travel from one place to another.  In the modern world - even in America, some lack transportation because they are unable to pay the fare.  Corrine Brown (b. 1946), a U.S. representative for Florida said, “States get to improve transportation infrastructure; that creates economic development, puts people back to work and, most importantly, enhances safety and improves local communities.”  Everyone benefits from having a good infrastructure.  Adequate public transportation goes a long way in helping poor people and the unemployed.  Such an improvement could well mean that the poor will have work opportunities in places other than their neighborhoods where they live.