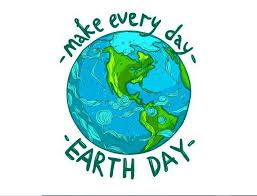 Daily God’s creation is under assault but remember our earth has rights.  People are increasingly aware of the harm inflicted on the earth.  Because of these afflictions people suffer and die.  There are storms, pollutants, toxic waste, and ultraviolet rays.  Humans are exposed to thousands of man-made chemicals in the air and our waterways.  These concerns are prevalent in the following ways:

Wernher Von Braun (1912–1977), a German aerospace engineer said, “Finite man cannot begin to comprehend an omnipresent, omniscient, omnipotent, and infinite God … I find it best to accept God through faith, as an intelligent will, perfect in goodness and wisdom, revealing Himself through His creation.”  It’s clear from the way we are treating God’s creation not much thought is given to the wisdom of protecting our earthly home.

Caring for the Earth

There have been calls from prominent environmentalists for mandatory cuts in air pollution, but these warnings haven’t worked well.  The Bering glaciers in Alaska are being ruined.  Airplanes’ exhaust emissions although improved continue to cause global warming.  Dianne Feinstein (b. 1933), a senator of California wrote, “Global warming is real.  It is happening today.  It is being charted by our satellites.  It is being charted by our scientists.  It is being charted by those of us in this body [senate], and I think the real key is if we are ready to admit that fact and take the action to make the necessary conversion.”  Yet there are some who deny such a problem exists.  But since the Clean Air Act was passed in 1970 attempts were made for Americans to purchase efficient housing, cars and appliances.

Jane Goodall (b. 1934), an English primatologist and anthropologist said, “You cannot get through a single day without having an impact on the world around you.  What you do makes a difference, and you have to decide what kind of difference you want to make.”  If according to Goodall everyone impacts our environment it’s therefore necessary for all of us to be responsible in making the earth more habitable.  Still the air in some cities worldwide, are filled with pollutants that cause a decrease in lung function, and make breathing difficult.  People attempting to exercise in these conditions are doing so at their own risk, for air pollutants could lead to cardiovascular disease, and eventual death.

People also face problems with pollutants in our waters.  These waters are contaminated with organic materials, suspended solids, bacteria, and toxic substances.  Not long ago in Mexico City untreated waste waters were used to irrigate croplands.  In the past fleets from the cruise industries dumped oily waste at sea.  There were beaches that had to be closed because of hospital waste washed up on shores.  Disposal of toxic waste in our waterways from livestock operations have even made residents sick.

Eva Morales (b. 1959), a Bolivian politician said, “Sooner or later, we will have to recognize that the Earth has rights, too, to live without pollution.  What mankind must know is that human beings cannot live without Mother Earth, but the planet can live without humans.”  It’s mandatory that we treat the earth – God’s great gift to us, respectfully, so it could be well again. Pope Francis's Encyclical Laudato Si’ was a stirring work that focuses on caring for the earth and upholding the rights of the marginalized. This lengthy reflection by the Holy Father is worth reading, for it captures our troubles and offers solutions. 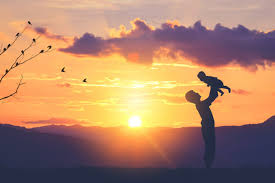 To embrace the all in all is having an appreciation of the Creator’s manifestations.  The heavenly bodies - the sun, moon, and stars, known and unknown planets traversing the sky are phenomenal.  The trees, plants, oceans, rivers, streams, mountains, hills and valleys speak in their own language while buffeted by the wind.  So are the seasons – spring, summer, autumn, and winter with their distinct moods.  Sometimes it’s calm, beautiful, and glorious. Occasionally there are hurricanes, earthquakes, tsunamis, floods, and forest fires.

But birds, reptiles, fishes, and animals of all sorts inhabit the earth living in the air, land, or sea.  They breed, feed, and exist in an unpredictable reality.  These creatures are provided for by nature.  People breathe fresh air, pick fruits, feast on delicious foods, drink refreshing water, build cozy houses from trees, light fires to cook meals, and dress warmly in winter months with nature’s bounty.

These manifestations are only a part of the Eternal Essence that’s within, above, below, and around us.  To personalize such an Essence is only a metaphor.  S/he is omniscient, omnipresent, omnipotent, immanent, and transcendent.  No words could adequately describe the sum of this all-encompassing Reality.
@ https://www.bestprimalessence.com (Dfurstane) Website Why the universe is teeming with planets and black holes?
Raises many questions
If an astrophysicist could conceivably place a clock
In the center of a black hole, time would slow until the clock stops
Still the universe is governed by laws – there’s gravitation, matter, energy,
And infinite space in the ever-expanding galaxies

Life originated from a primordial sea from none-living entities,
But still a scientist is unable to duplicate this phenomenon in the lab
Albert Einstein proved that matter and energy are similar
The atheist Stephen Hawing wrote if there was a God
He would be impersonal, and be in the laws of nature
But this would be a definition – not a fact.

“God, give us wisdom in understanding the mysteries of the universe.  But help us to be cognizant that when some mysteries are revealed there would be other profound ones to understand.”
Amen
@ https://www.bestprimalessence.com (Dfrustane) Website 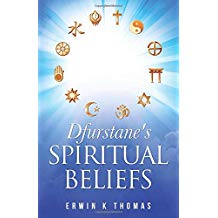 "The website Best Primal Essence (Dfurstane) is meant to foster interreligious understanding.  It expresses the ideas and comments on the teachings of a cross section of the many religious traditions and secular humanists' beliefs."

The Best Primal Essence Website’s symbol is the flower Lily of the valley. Its presence is captured in perfumes, weddings, songs, and gardens. In many cultures this flower symbolizes humility, happiness, chastity, and purity.

Curriculum Vitae
In 2010, Guyanese-born Erwin K. Thomas, PhD–served as vice president of the Institute for Learning in Retirement (ILR) Old Dominion University, Virginia Beach, VA. After 28 years he retired as a professor and director of the Graduate Program in the Department of Mass Communications & Journalism at Norfolk State University, VA. He formerly taught at the University of Wisconsin– Milwaukee (1978–79), SUNY–Oswego (1972–74), and University of Guyana, Georgetown (Summers 1981 & 1988).

Thomas has authored Make Better Videos with Your Camcorder (TAB Books 1991); co-edited a Handbook on Mass Media in the United States and Mass Media in 2025, Greenwood Press (1994 & 2001) respectively; A Weekly Encounter (2015), Keys of Faith (2016), Gifts of God (2017), Life’s Passages: From Guyana to America, and Guyana’s Seawall Girl (2018), CreateSpace Independent Publishers, Heaven Bound (2019) and Dfurstane’s Spiritual Beliefs (2020) with Amazon.com. He is a member of Hampton Roads Writers (HRW), Virginia Writers Club (VWC), PEN America, and American Academy of Religion (AAR). For years, Thomas was a member of the Association for Education in Journalism and Mass Communication (AEJMC), of the International, and Minorities Divisions, and the Religion & Media Interest Group. His research interests are: International media systems, social media, ethics, broadcasting history, devotionals, and world religions & beliefs.

Thomas is a lifelong member of the Church of the Holy Apostles–an ecumenical community of Episcopalians and Roman Catholics, Virginia Beach, VA–where he has served on the Vestry Council, Eucharistic minister, and social media administrator. Presently he views his spiritual beliefs as a religious naturalist, who is married to Mary Barta Thomas.  They are the parents of Matthew J. Thomas, who lives with his wife Shannon in Charlottesville, VA.

Spiritual Beliefs
After many years of dedicated study and meditation of the major world religions from both the Eastern and Western faith traditions – history, dogma, ethics, myths, rituals, festivals, and sacred writings the writer was able to create a unique spirituality based on the following concepts:

1) God like Nature is infinite in every way.  God isn’t anthropomorphic – having human attributes or characteristics.  Some might think that this Primal Essence is impersonal, but believers’ intuition tells them that God does intervene in creation.  Although it could also be through “chance” that people are born in certain families, and the way they will die.

2) Spiritual beliefs are always evolving, and like all of nature nothing remains the same.

3) Dfurstane (Best Primal Essence) is all in all, predictable and unpredictable, the existence of a mystery, and always greater than conceived.

4) The Timeless Spirit is the glue that holds all manifestations together.

5) Through Dfurstane all elements, structures, and people are created.

6) On entering the world all living and non-living things take some form, and at the end of their existence they become invisible.

7) At times the consciousness and health of all living beings are determined by “chance.”

8) Sin and free will are human constructs, but “good” and “bad” exist—different sides of the same coin.

9) People pray by their thoughts, deeds, physical exercises, and works.

11) “Positive” and “negative” polarities cause cultural norms, but eternal reality is diverse in nature.

12) Prayer only works as a regulator of “cosmic wholeness.” It has to do with interdependence, and interrelationships of all structures. Believers should pray for “harmony.” Lack of “harmony” is how the world experiences disruptions of all sorts. This reality has nothing to do with the way people are living, but could be due to God’s intervention or by “chance.”

13) Living in “harmony” with nature is the key for a successful life. This entails having a balance life: a) helping the mind grow in understanding; b) caring for one’s physical body; c) serving society’s poor, homeless, and destitute; and d) building up the world through love and compassion.

14) In nations the people should be the sovereign in determining their destiny.

16) Believers by following a spiritual path will merge with Dfurstane (Eternal Essence).