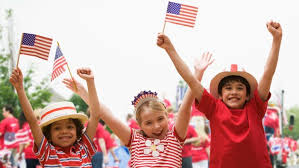 What a joy it is to hold a culture in high esteem.  American popular culture though has some drawbacks.  Carl Bernstein (b. 1944), an investigative journalist of the Washington Post wrote, “The lowest form of popular culture – lack of information, misinformation, disinformation and a contempt for the truth or the reality of most people’s lives – has overrun real journalism.”  People find these shortcomings in the sensationalism, tabloids, pop music, and erroneous displays in some forms of art.

All however isn’t lost.  But it takes acceptance of a religious faith, for cultural peddlers to live according to what’s right in pursuing stories that uplift us.  Strange as it may seem people in the media’s audience buy into what is presented to them.  Even religious believers fall victims to ubiquitous displays of cultural distortions.  Some might say, “Everyone is watching salacious material, so why can’t I?  It gives me pleasure.”  People must realize they are falling victims to such presentations.

Cultural appreciation goes way back to the Egyptians, Greeks, Italian Renaissance, and Reformation.  In the West Europeans are loved for their classical tradition.  Masters like Beethoven, Handel, and Mozart are held in high esteem.  People feel empowered by fast automobiles, airplanes, nuclear power, and technological advancements.  In the pop music Frank Sinatra, Elvis Presley, Billy Joel, the Beatles, and Supremes were icons in the society.  And music of different genres, e.g., rock ‘n’ roll, country & western, Christian, and jazz are alive and well.

Billy Joel (b. 1949), a pianist and singer-songwriter said, “I think music itself is healing.  It’s an explosive expression of humanity.  It’s something we are all touched by.  No matter what culture we are from, everyone loves music.”  Music appeals to people in unique ways.  Some might disagree with the quality of some genres.  What’s known is that with hymns God’s exalted.  Many have been converted by hymns like “Amazing Grace,” “Bread of Life, Hope of the World,” “Holy God, You Raise Up Prophets,” “Song of the Body of Christ,” and “We Shall Overcome.”

Most immigrants land on our shores with hopes of achieving the American dream.  When people reflect on this dream they think of worldly and material benefits.  This might mean acquiring their own home, finding a good job, having a loving family, a station wagon, or, sports car, and living in the suburbs.  This dream is somewhat different to every immigrant.

Some might see living a religious life as a top priority.  Walt Disney (1901–1966), an entrepreneur and film producer wrote, “All our dreams can come true, if we have the courage to pursue them.”  Undoubtedly, since for the major religions loving, and serving their fellowmen are important it’s wise to embrace such values.  These attributes are essential in shaping the American dream.

To improve American popular culture people have to live up to higher moral standards.  H. L. Mencken (1880–1956), a journalist and satirist said, “I believe that it is better to tell the truth than a lie.  I believe it is better to be free than to be a slave.  And I believe it is better to know than to be ignorant.”  People ought to consider Mencken’s perspective as empowering.  It’s wise to know the reasons for doing what we do rather than being ignorant.  American immigrants and non-immigrants alike ought to pursue a good education for it’s a liberating force.  Knowledge is beneficial in building up the American culture.