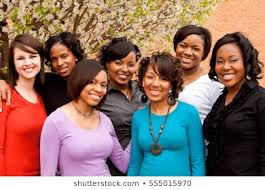 Historically women were depicted in the American society as individuals who were docile, bound solely for the purpose of taking care of the home, and raising children.  They washed dishes, clothes, clean house, raise the kids, and did chores as their responsibilities.  The mass media latched on to these roles and elaborated on them, portraying women as having happy family lives.  But Ed Koch (1924–2013), a lawyer and politician thought differently when he said, “Stereotypes lose their power when the world is found to be more complex than the stereotype would suggest and we learn that individuals do not fit the group stereotype, then it begins to fall apart.”  For years as women were saddled with domestic responsibilities, still they showed they had diverse talents.

With stereotypes males grew up believing females were to be seen as sexual objects.  Even today in popular media there continues to be much focus on feminine beauty, and their sex appeal.  Presently, it’s more than being blonde and blue-eyed.  Beautiful women are seen in every ethnic group, and shades of complexion.  Kat Graham (b. 1989), Swiss-born American actress, model, singer and dancer wrote, “There was a time when men thought it was sexy to have a house wife waiting for him to come home from work in her slippers, but in modern society, I think an independent woman is even more sexy.”  Today’s women are more independent because for the most part they have broken through the glass ceiling of this world that held them back in society.  Presently American society still lacks meritorious promotions, and equal pay for equal work.

Faith-filled women are a special breed.  Mary, the Mother of Jesus Christ, and Queen of the Universe, is an ideal role model for Christian women.  She witnessed the crucifixion of her Son - Our Lord Jesus Christ.  Eleanor Roosevelt (1884–1962), a politician, diplomat, and the longest serving First Lady of the United States said, “A woman is like a tea bag – you can’t tell how strong she is until you put her in hot water.”  This was very much like Mary.  Christian women continue to emulate her purity and devotion.

Regardless of how intelligent and spirit-filled women are some men still view them as beings to manipulate.  Some films and TV programs depict women as flaky and unstable.  Some news clips portray female reporters as being emotional when reporting tragic stories, and a few male journalists have criticized them for becoming too personally involved, rather than being detached, and objective.

Why must women be stuck in a world that’s mainly shaped by men?  Anaїs Nin (1903–1977), an author born to Cuban parents in France, but living in the United States wrote, “How wrong it is for a woman to expect the man to build the world she wants, rather than create it herself.”  For Nin, a woman must shoulder her responsibilities, and not just rely solely on men.  Women have done so in their religious lives in personalities like St. Joan of Arc, St. Teresa of Avila, and St. Thérèse of Lisieux, who are faithful Christians to emulate.  In the secular world there are also prominent women in the military, sports, arts, politics, medicine, engineering, science, technology, and executives.  These outstanding women are visionaries, wonderful mothers, proven creators, and renowned image builders.