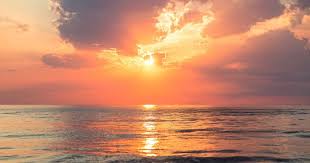 God is the Eternal Spirit, infinite, and unchangeable.  He is the absolute of all there is, and nothing greater cannot be conceived.  His Universal Spirit has all the attributes of love, wisdom, power, holiness, and justice.  He is goodness, and truth, predictable, yet unpredictable, and mysterious.  Humans have been created the crown of His jewels in the Universe.  He is the ineffable protector who cares for all living, and non-living beings.  And like the wind is ever present and changing.

God exists inside and outside of nature.  He could be seen in the trillions of heavenly galaxies e.g., the constellations of suns, moons, stars, atoms, and quasars. Manifestations of what people experience on planet earth are merely symbols, also of landscapes with mountains, valleys, oceans, rivers, and streams. For, He speaks via His creation of creatures, lower animals, trees, plants, and organisms of all sorts.

Theologians, scientists and philosophers have failed in their attempts to determine with certainty the extent of His ubiquitous nature.  Intuitively people could only speculate by reflecting on the gifts of this vast Universe. But such an exercise often proves inadequate because no words could fully describe who God really is.