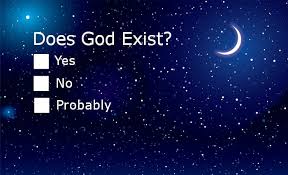 God Exists
It’s a mistake to only imagine God.
Therefore God is real.
He exists.

The universe had to start from somewhere.
So God always had to be around.
Everything in the world has limits.
And there’s always a cause and effect.
But there must be God who existed before everything else.
God is infinite so He exists

Let’s take a look at nature.
Every element is in a specific order.
The sun, moon, and stars always radiate light.
People experience night and day.
Trees blossom at the appointed season.
Such a complex order requires a Creator.
So God exists.

People have morals.
They inherently have a sense of what’s right and wrong.
They won’t arbitrarily commit murder.
They live according to the set laws of the land.
It’s God alone who makes these moral requirements valid.
He’s the absolute lawgiver.
Therefore God exists. 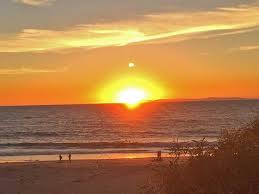 Our earth has certain characteristics:

• It arose some 3.5 billion years ago;
• 7.3 billion people, inhabit it;
• 71 percent of its surface is covered with water;
• Its remaining 29 percent is land with mountains, deserts, plains, and plateaus, and over the year because of its axial tilt there is variation of sunlight reaching every part which causes seasonal changes.

John Lubbock (1834–1913), an English banker and philanthropist wrote, “Earth and sky, woods and fields, lakes and rivers, the mountain and the sea, are excellent schoolmasters, and teach some of us more than we can learn from books.”  People learn that the future of the earth is tied to the sun.  Over billions of years 99 percent of all species that ever lived have become extinct on earth.  And today there exist over 200 sovereign states with which America has diplomatic ties and trade.   American journalists travel to these countries – some torn by political strife, and they report about them to worldwide audiences via the ubiquitous media networks.

There are concerns how long the planet earth will continue to sustain life.  Estimates range from 500 million to 2.3 billion years, for earth’s future is closely tied to that of the sun.  Evo Morales (b. 1959), president of Bolivia said, “Sooner or later, we will have to recognise that the Earth has rights, too, to live without pollution.  What mankind must know is that human beings cannot live without Mother Earth, but the planet can live without humans.”  But entrepreneurs continue to obtain large deposits of fossil fuels like coal, petroleum, and natural gasses from the earth’s crust.  They are concerned about how long these will last - and while doing so nations’ industries, air-crafts, and other motorized apparatuses are polluting the environment.  Scientists make linkages of environmental pollutants with extreme weather – cyclones, hurricanes, typhoons, earthquakes, volcanic eruptions, blizzards, floods, tsunamis, droughts, and wildfires.

Jimmy Dean (1928–2010), a TV host and businessman said, “I can’t change the direction of the wind, but I can adjust my sails to always reach my destination.”  Are citizens able to adjust their sails to the needs of their 7.3 billion inhabitants increasing geometrically each year?  It’s true that wind is a great blessing beginning with our first breath of life, to early civilizations with wind powered sailing ships, and modern air-crafts, windmills as power supply, for dispersing seeds in farming.

Through evaporation and transpiration there’s precipitation of our lands.  Although this water is a great gift, some one billion people still lack access to safe drinking water.  More than 2.5 billion people suffer from a lack of adequate sanitation.  Margaret Atwood (b. 1939), a Canadian poet, novelist, and environmental activist wrote, “Water does not resist. Water flows.  When you plunge your hand into it, all you feel is a caress.  Water is not a solid wall, it will not stop you.  But water always goes where it wants to go, and nothing in the end can stand against it.  Water is patient.  Dripping water wears away stone.  Remember that, my child.  Remember you are half water.  It you can’t go through an obstacle, go around it.  Water does.”  Undoubtedly scientists must continue to build dams, and construct wells, to bring pure drinking water to the drought-stricken villages of Africa, Asia, and Latin America that lack this vital resource.  Many indigenous villagers’ survival depends on such efforts.

People must be positive when thinking about fire.  It’s a stimulant of life, is used for cooking, generating heat, as lighting sources, and engines of propulsion generators.  It’s also known as being the foundation of ecological system.  Bruce Lee (b. 1940), a Hong Kong American martial artist said, “Love is like a friendship caught on fire.  In the beginning a flame, very pretty, often hot and fierce, but still only light and flickering.  As love grows older, our hearts mature and our love become as coals, deep-burning and unquenchable.”  That’s why people must be fired up about God’s great gifts of wind, water, and fire in their lives.  It takes love to kindle these vital elements for the benefits of mankind
Posted by Erwin K. Thomas at 9:31 AM No comments: 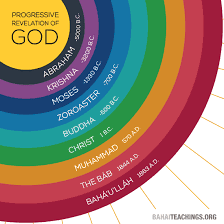 You’re a leader, and by a special God-given authority you’ve to energize your organization.  This means finding ways to deal with assignments that appear as though they don’t have a chance of succeeding.  It’s for you to diagnose these problems.  Your responsibilities must not be seen as a power play, for you’re working for the welfare of the church.  You aren’t carrying out a private agenda but are doing your job for the goodwill of all concerned.  Vince Lombardi (1913–1970), a football player, best known as the head coach of the Green Bay Packers wrote, “The achievements of an organization are the results of the combined effort of each individual.”  Thus, you have to realize like in football, every church member is gifted, and through their gifts there will be success.

People ought to be treated as adults.  Listen carefully to them, and hear what they are saying.  All things don’t necessarily work out as planned, but there’s always another point of view.  It’s for you to motivate your workers to be happy about what they’re doing, and urge them to higher and higher levels of performance.  That’s why it’s essential to keep tabs on the heartbeat of the group.  In this way you’ll know more about each parishioner.  By so doing you’ll be best able to promote the church’s growth, and parishioners’ competence. Take things a step at a time and build on each success.

Margaret Mead (1901–1978), a cultural anthropologist observed, “Never doubt that a small group of thoughtful, committed citizens can change the world; indeed, it’s the only thing that ever has.”  Committed leaders move their followers forward as they work at implementing what’s best for their congregations, and the world at large.

Leaders must be people-oriented.  In the church there’s no room for tyrants, bullies, or autocrats.  With dictators organizations die.  It’s the kiss of death even with benevolent leaders who lead by whim.  Let leaders move away from being ego-centric, but democratic, and work in the interest of their flocks.  Dr. Seuss (1904–1991), a writer and cartoonist warned, “Only you can control your future.”  Spirit-filled leaders always lead in the best interests of their congregations.

Leaders’ role is to help people.  To do so effectively they must take ample note of relationships within their churches.  They should lead by example by changing outmoded methods that no longer works.  They ought to stimulate growth by expressing their sincere beliefs in humanity.  Let parishioners be energized by their apostolic zeal. By the Holy Spirit they would move away from the narrowness of self-absorption.  In so doing, they will motivate others for the general good.

Lee Haney (b. 1959), a former professional bodybuilder said, “Exercise to stimulate, not to annihilate.  The world wasn’t formed in a day, and neither were we.  Set small goals and build upon them.”  Haney’s message is encouraging.  Some may look for giant steps to be successful, but it’s always wise to remember good results may often come in small doses.  Your goals as leaders are to build on little achievements until projects are successful.  Remember, “Strive and persevere when the going is rough, because at the end of every dark cloud there may well be a silver lining.” 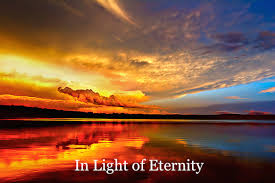 By the way you live let your light shine. And by your speech and actions let your story be told.  There must be brightness in your character that casts out the darkness of doubt.  You must shine like the sun, twinkle like stars, and be at peace in the world.  Remember to share love, and spread it to everyone – the happy and unhappy, rich, poor, hungry, and the homeless alike. With your speech spread wisdom when encountering friends, strangers, and the broken-hearted.  An author Wilferd Peterson (1900–1995) wrote, “Let your light shine.  Be a source of strength and courage.  Share your wisdom.  Radiate love.”

A poet and writer Wheeler Wilcox (1850–1919) said, “The man who radiates good cheer, who makes life happier wherever he meets it, is always a man of vision and faith.”  Are you able to forgive people’s indiscretions?  Can you forgive hurt?   Can you forgive rudeness, cruelty and offensive acts?  Despite these wrongs you must still be willing to pardon your friends, neighbors, and enemies.  A professor of psychiatry at the State University of New York, Thomas Szasz (1920–2012) wrote, “The stupid neither forgive nor forget, the naïve forgive and forget, the wise forgive but do not forget.”

As the saying goes, “Be kind to others.”  It’s always good to acknowledge kind acts.  It’s best to remember to send thank-you cards, notes of appreciation, and peace offerings to those you don’t see eye to eye with.  By doing so you’ll be expressing kindness by taking the high road.  It’s wise to do favors to the least among us.  Why not encourage your friends, pat them on their backs, and say a few words of encouragement.  Never give up on people.  When conflicts arise think about what you can say and do.  An unknown writer wrote, “We greatly influence others with our thoughts, if our thoughts are kind, peaceful and quiet, turned only toward good, then we also influence ourselves and radiate peace all around us.”

Bend over backwards by doing a favor, and build confidence in others.  It’s always wise to compliment, support, and acknowledge the good people do.  This was what Saint Teresa of Calcutta (1910–1997), a Roman Catholic nun often did.  It was she who taught, “Let no one come to you without leaving better and happier.  Be the living expression of God’s kindness.  Kindness in your face, kindness in your eyes, kindness in your smile.”

People must be lights in the world.  By modeling God’s truth you ought to be symbols of the good news to mankind.  Your lights mustn’t be hidden or dimmed, but must shine always brightly on those we encounter.  Why hide your light under a bushel?  Believers’ work is for all to see.  Through our lives people will come to know the Lord, and glorify his precious name.  Be thankful for all things.  When reaching out to people, do so with joy, and make God’s Word known.  In ministering if you’re able to reach one lost sheep, consider this, what you’re called to do.  The hallmark of one’s faith is simplicity and humility.  When meeting people be a positive experience to them, for your walk is crowned by our Savior, the truly brilliant light.