Media Can Play a Role in Healing Society 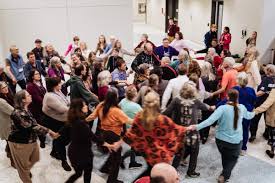 Media sometimes presents itself as a guardian of healing.  However, healing is always occurring in society.  Ubiquitous media though never stops in playing its part with far-reaching implications.  As objects of attention media has profound influences on our perceptions, and the healing of mind, body, and spirit.  This is because the mass media is the central nervous system of the world.  It lives up to the description of Henri Nouwen (1932–1996), a Dutch-born Catholic priest, and professor who asked, “Did I offer peace today?  Did I bring a smile to someone’s face?  Did I say words of healing?  Did I forgive?  Did I love?  These are some real questions.  I must trust that the little bit of love that I sow now will bear many fruits, here in this world and the life to come.”  Nouwen’s assessment of our social responsibility can be likened to the role of the media in society.  If it succeeds, or fails is for us to decide.  We know the media has been able to bring about healing of some social issues e.g., wars, natural disasters, and racial conflicts.

The media covers stories of diverse religious faith traditions, cultures, and ethnic groups, via newspapers, magazines, books, radio, cable, TV, and the Internet.  Although limited in some cultures, it’s sobering that we’re able to find some commonalities in these media.  It’s clear that with many faith traditions adherents worship the same God called by different names.  People are able to attribute some degree of healing, peace, prosperity, and personal well-being because of the work of some media professionals.

A message that comes through loud and clear is best captured by Joseph Addision (1672–1719), an English essayist, and playwright who said, “If you want to succeed in life, make perseverance your bosom friend, experience your wise counselor, caution your elder brother, and hope your guardian genius.”  This statement means putting one’s trust in the belief that media should attempt to be fair.  Undoubtedly, these beliefs permeate some media outlets, and faith traditions, although their editorial approaches may be different.  Nevertheless, it’s media that should take the lead of being a healer, and purveyor of this reality.

It’s unwise to think that readers and viewers will respond similarly to media’s role in healing.  Some argue the media does nothing more than promote sensational stories.  It’s commonly believed by media critics, “If it bleeds it leads.”  But people may tend to forget the discussions and analyses in contemporary media.  Experts weigh in on the important stories which their audiences are free to accept, or refute.

Taking shape though is the edification of the public, thus bringing wholeness to the viewers’ perceptions of stories that may be difficult to comprehend.  With this process media can do a lot to allay fears.  Whether news come from the secular or non-secular media there’s often some good results.  People become aware of suffering, and other vital changes in society.

Healing may not necessarily be physical, but can bring emotional stability to communities torn apart by strive.  Radio and TV may also serve as instruments in promoting charitable works in the midst of natural disasters, raising aid for those affected by drought, hurricanes, tornadoes, earthquakes, and forest fires.  So the next time you read a magazine, or flip through the pages of a newspaper, laugh during a situation comedy on TV, find yourself volunteering for causes you have heard, remember that the mass media does, and can play a role in the healing process of our society.
Posted by Erwin K. Thomas at 7:06 AM