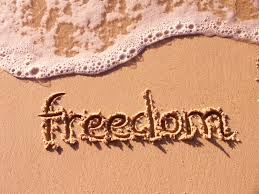 The gift of freedom comes with consequences.  When a man or woman sins against another a judge will judge them, but when he or she sins against the Lord he judges them (1 Sam 2:25).  With the free choice of behavior - if it is rebellious we’ll be turning away from the Word of the Lord, and he’ll reject us (1 Sam 15:23).  With freedom we’ve all gone out of the way, no one does good, not one, our tongues have been used to deceive, our feet are used to shed blood, and there’s no fear of God (Rom 3:10-18).  From birth we were conceived in sin (Ps 51:5).  With iniquity in our hearts God will not hear us, but he’ll listen to us if we pray for forgiveness (Ps 66:18-19).  Bob Dylan (b. 1941), a singer-songwriter, artist and writer said, “A hero is someone who understands the responsibility that comes with freedom.”  To be a hero is like being a leader.  In being such an individual it’s necessary to know how to lead.  The gift leaders have makes them able to decide what’s best for their followers.

The president of South Africa and anti-apartheid revolutionary Nelson Mandela (1918–2013) wrote, “There is no easy walk to freedom anywhere, and many of us may have to pass through the valley of the shadow of death again and again before we reach the mountaintop of our desires.”  Undoubtedly our desires will face obstacles.  We’ve to do so time and time again before succeeding.

Rosa Parks (1913–2005), a civil rights activist, who has put a different spin on freedom, was mainly concerned with the rights of black Americans when she said: “I would like to be remembered as a person who wanted to be free...so other people would be also free.”  Parks hoped this goal would come to mean freedom for others.

A founding father and first president of the United States George Washington (1732–1799) wrote, “If freedom of speech is taken away then dumb and silent we may be led, like sheep to the slaughter.”  Washington spoke in favor of freedom of speech.  Many Americans agree that without it there would be many more unresolved problems were it not for this freedom.  Many citizens’ rights would be trampled with far reaching consequences.

Patrick Henry (1736–1799), an attorney, planter, and politician reflected on the sentiments of freedom lovers when he said, “I know not what others may choose but, as for me, give me liberty or give me death.”  Freedom is so important that Henry preferred to die than to live without it.

An activist and civil rights leader Coretta King (1927–2006) said, “Freedom of Justice cannot be parceled out in pieces to suit political convenience.  I don’t believe you can stand for freedom for one group of people and deny it to others.”  Freedom must be inclusive.  It binds people together, builds them up, and gives them hope in the political system.  It’s all about equal treatment under the law.

Our government must have the powers to uphold freedom for all its citizens.  Martin Luther King Jr. (1929–1968), a Baptist minister and leader in the African-American civil rights movement wrote, “Freedom is never voluntarily given by the oppressor; it must be demanded by the oppressed.”  Undeniably there are forces at work willing to suppress human rights.  In our society all should enjoy the fruits of freedom.  Only then our nation’s egalitarian gifts can blossom.

Gifts of the Holy Spirit 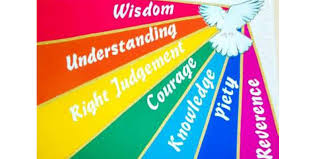 It must be Christians’ goal is to be part of a fraternity in capturing the spirit of the age.  By walking in the presence of the Lord they proclaim his name.  This authenticity is through an unconditional surrender to God.  These believers are open to the Spirit.  Alan Cohen (b. 1939), an author said, “Appreciation is the highest form of prayer, for it acknowledged the presence of good wherever you shine the light of thankful thoughts.”   Many believers shine their lights on those they encounter in their daily walk.

Forgiveness is the basis of a social compact.  With friends there are times when we won’t see eye to eye.  With disagreements it’s imperative to make things right.  This is how people learn to forgive others.  It’s great when we’re able forge bonds that endure the test of time.  This gift takes prudence and discernment.  In churches parishioners practice outreach, but there are other challenges.  But the children of God should be able to discuss and solve conflicts amicably.  As followers let Christian values guide our decisions as we move forward confidently.  Just by doing acts of kindness our faith is enlivened.  Our services as spiritual agents lead to enlightened communities.  These goals are blessed through the Holy Spirit.  That’s why having relationships are so important.  Charles R. Swindoll (b. 1934), an evangelical Christian pastor wrote, “I cannot even imagine where I would be today were it not for that handful of friends who have given me a heart full of joy. Let’s face it friends make life a lot more fun.”

The Holy Spirit makes our earthly journey possible.  This trip turns arid land into a garden of love.  These blessings bring peace in unusual places.  Such gifts aren’t found only with friends, but with enemies.  This reality is best expressed in an all-encompassing God, the Lord and Savior Jesus Christ, who died on the cross at Calvary.  It’s such love which brings loving-kindness as we embrace others.  It’s goodness that has to be constantly sowed, and cultivated to reap a harvest.  Leo Buscaglia (1924–1998), an author and motivational speaker said, “A single rose can be my garden … a single friend, my world.”  Abundance in the world may well mean having only one good friend.

When people focus on the Spirit it’s through the Risen Christ.  By being members of his club they are animated.  This spiritual fervor is manifested in believers.  Christ is the great comforter providing us with the means to fulfill our apostolic zeal.  On the Feast of Pentecost, since the outpouring of the Spirit this has meant tremendous blessings for Christians.  People spiritual journeys are deepened by their experiences.  Many Christians are known for their love, joy, hope and peace.  These are essential blessings for spreading the Word of God.  The Holy Spirit anoints those who are trustworthy, and empowers us to do great works. 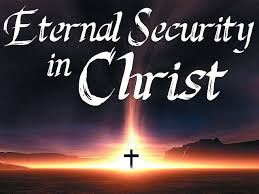 People ought to pursue their destiny in Christ.  As the descendants of Abraham we’re faithful witnesses of the Christian faith, walking in enthusiasm, joy, and power.  By interacting with fellow citizens we become like flaming torches.  Albert Schweitzer (1875–1965), a German, later French theologian, and philosopher wrote, “At times our light goes out and is rekindled by a spark from another person.  Each of us has cause to think with deep gratitude of those who have lighted the flame within us.”  With these gifts we’ll be sharing the good news, although at times we’re surely tested.  Our lights may appear as if they will be extinguished, but we’re rekindled with renewed perseverance.

Christians are saved through God's grace.  Our faults are forgiven after we ask our loving God for forgiveness.  Through this faith we learn to profess our holiness.  It’s God who entrusts us with beliefs by which we’re able to perform unbelievable acts.  Such was Mary, the Mother of God, and Queen of the Universe, who was a woman of extraordinary faith.  For when the angel Gabriel appeared unto her, and announced she would give birth of a son Jesus, she willingly accepted this decree.

Joseph Smith, Jr. (1805–1844), a founder of Mormonism, and the Latter Day Saints Movement said, “The best way to obtain truth and wisdom is not to ask from books, but to go to God in prayer, and obtain divine teaching.”  It’s through prayer the Holy Spirit does his work within, around, and through us.

Most Christians work at dispelling negative thinking.  Believers repent, and aren’t stubborn in returning to the Lord.  Many work for social justice, and perform spiritual tasks with deep faith.  This is how they keep walking in holiness.  Marcus Aurelius (121–180 AD), a Roman Emperor, who was considered to be good said, “Very little is needed to make a happy life; it is all within yourself, in your way of thinking.”  Aurelius might be referring to our consciences that nag us concerning doing what’s right.

By having faith we’ll not fall short of the glory of God.  The evil ordained in corporate life will dissipate, and we’ll be effectively able to counter ignorance.  In doing so, Christians won’t be blinded by sin.  Carl Jung (1875–1961), a Swiss psychiatrist and psychotherapist wrote, “Our blight is ideologies – they are the long-expected Antichrist.”  People should refuse to place their faith in worldly ideologies.  Such notions are for living a secular lifestyle.  So make your journey on earth while being in Christ’s faith, because he alone is our security.