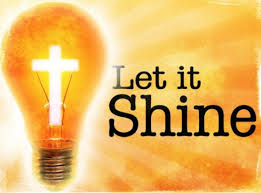 People who love darkness rather than light are evil.  They see wickedness as sweet, but some however worship idols through ignorance.  The apostle Paul who was a blasphemer was at first antagonistic to Christians, but received the gift of mercy from God.  An influential French theologian John Calvin (1509–1564), a pastor during the Protestant revolution wrote, “Man’s mind is like a store of idolatry and superstition; so much that if man believes his own mind it is certain that he will forsake God and forge some idol in his own brain.”  Inevitably Calvin didn’t think much about people’s thoughts.  They are deceptive and can lead us to live ungodly lives.

What’s important is for us to have a meaningful conversation with God.  Emraan Hashmi (b. 1979), an Indian film actor said, “My hectic work schedule does not often permit me time to visit temples, but my conversations with God don’t depend on idol worship.  Inside my heart, I have developed and sustained a direct communication with Him.”  Hashmi was certain idol worship wasn’t for him.  Still some people are caught up with idols of this world.  They are unaware their lives are ruled by earthly and dark desires.

Idols may become quite prominent in our lives. A Spanish Conquistador Hernán Cortés (1485–1547) wrote, “Thus they have an idol that they petition for victory in war; another for success in their labors, and for everything in which they seek or desire prosperity, they have their idols, which they honor and serve.”  It’s bad enough when people don’t realize they live and serve idols, but doing so consciously is rather harmful.  Being caught up in idolatry is no way to find one’s way back to God.

Yet some idols may be gifts with social redeeming values.  Shakira (b. 1977), a Colombian singer and record producer explained, “My dad is a writer, and to see him always in front of a typewriter give me the aspiration to write.  He was my idol, my hero.  I wanted to be just like him.”  The personal traits of Shakira’s father are worth emulating.  As a writer he motivated her.  Children dream of having parents who are an inspiration to them.

What you worship you become.  People may not all be blessed with good gifts, but some can be negative.  Leading British New Testament scholar N.T. Wright (b. 1948), an Anglican bishop was certain: “I’m not a Universalist, and the way I talk about final lost is this: People worship idols – money, whatever.  Their humaneness gets reshaped around the idol – you become like what you worship which is one of the basic spiritual laws.”  Often people are warned to be careful about money.  But still we can’t do without it.  Some want more and more money, living for it, dying for it, and selling their souls for it.  Still we have the gift of money for food, shelter, and health reasons.  It may however become an idol if we aren’t careful.  When people fail to help the poor, sick, and indigent it becomes a problem.  Those who are money-lovers don’t know when having enough is enough.  They keep hording and hording this treasure hoping it’ll bring them happiness.  But it doesn't.