Gifts of God is an inspirational book on devotions about Christian living is available in Kindle Unlimited $0.99 @ amazon.com.  It focuses on the abundance of gifts that are showered on us daily by Our Lord and Savior Jesus Christ.  In the last of this three-part series, each chapter pays homage to a loving God who blesses, guides, and loves us abundantly. International personalities exult his holy name, adore his divinity, and are forever grateful.

Readers of this devotional will come to experience God's warmth, care, and praise his beautiful works.  People will honor and glorify his extraordinary attributes and discover his greatest gift is love. With his promises they live in hope of rejoicing forever in salvation with his saving grace.

God is willing to forgive our sins, walk with us, and comfort us in our troubles.  After we shall declare like Isaiah 7:9: "If you do not stand firm in your faith, you will not stand at all." He is omnipotent and omniscient, and his ways are above our ways.  We are therefore blessed with his authentic and precious gifts in our lives. 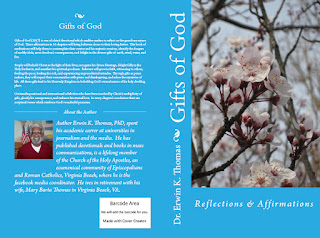 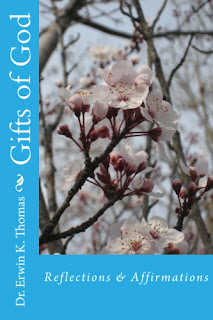 Mass Media In 2025, edited by Erwin K. Thomas and Brown H. Carpenter was published in 2001, Greenwood Press.  It was an attempt to look at what the media's industries, organizations, people, and nations would look like by 2025. Since 2001, there were remarkable developments in print, electronic and social media. Today, we're in an incredible evolution of media technologies, social outreach, and their impact.

The verdict concerning how the 16 contributing authors did in their predictions aren't fully in yet. However, there were pleasant surprises in books, newspapers, magazines, radio, television, religion, telephones, and social media. In politics we have witnessed the rise of fake news.  Traditional reporting has given way to opinion pieces. Women and minorities have made some progress as the media evolves, but historical discrepancies still exist.  Developing nations are benefiting from the evolution in social media, and the developed world's “Global Village.” Much media information flows from the major capitals of the world.

Media's coverage has intensified with technological diversity - the 24-hour news cycle is alive, and there exists more publications on-demand. Countries continue to be bombarded with slick advertising and public relations enterprises are flourishing. These developments have occurred because of bigger budgets, more efficient organizational structures, and mergers. Such corporate structures have kept pace with the digital rise of newspapers, magazines, radio, TV, computers, telephones, and social media. 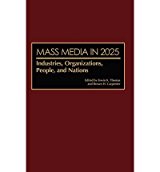